The lovely folks at Unwinnable interviewed – us for the second time! – about Backbone as part of their coverage of LudoNarracon.

Below is the section I answered about the difference between narrative design and game writing, along with some thoughts on the art/story process and relationship, and a few other bits.

A.W.: You mentioned narrative design and writing before. What’s the difference between the two?

Danny Wadeson: This is a great question, and it deserves a whole discussion. I’ll try to summarise. A writer deals with story, characters, and sentences — and often with how a conversation flows, and branches. They should think about [the] character’s tone of voice, conveying information, emotion, and they should do so in as efficient a way as possible.

A narrative designer is ideally a nexus of storytelling within a team. Whatever the exact hierarchy — whether the narrative designer is coming up with the story, or taking direction from a game/creative director — they are responsible for working with the other departments to convey, champion, and implement that vision. However, they should also be listening to each department’s production concerns, in case a simple narrative tweak can solve production roadblocks.

Of course there are often overlaps, but those are the main differences. A writer is a storyteller, first and foremost. A narrative designer is a technically minded vision holder and communicator. 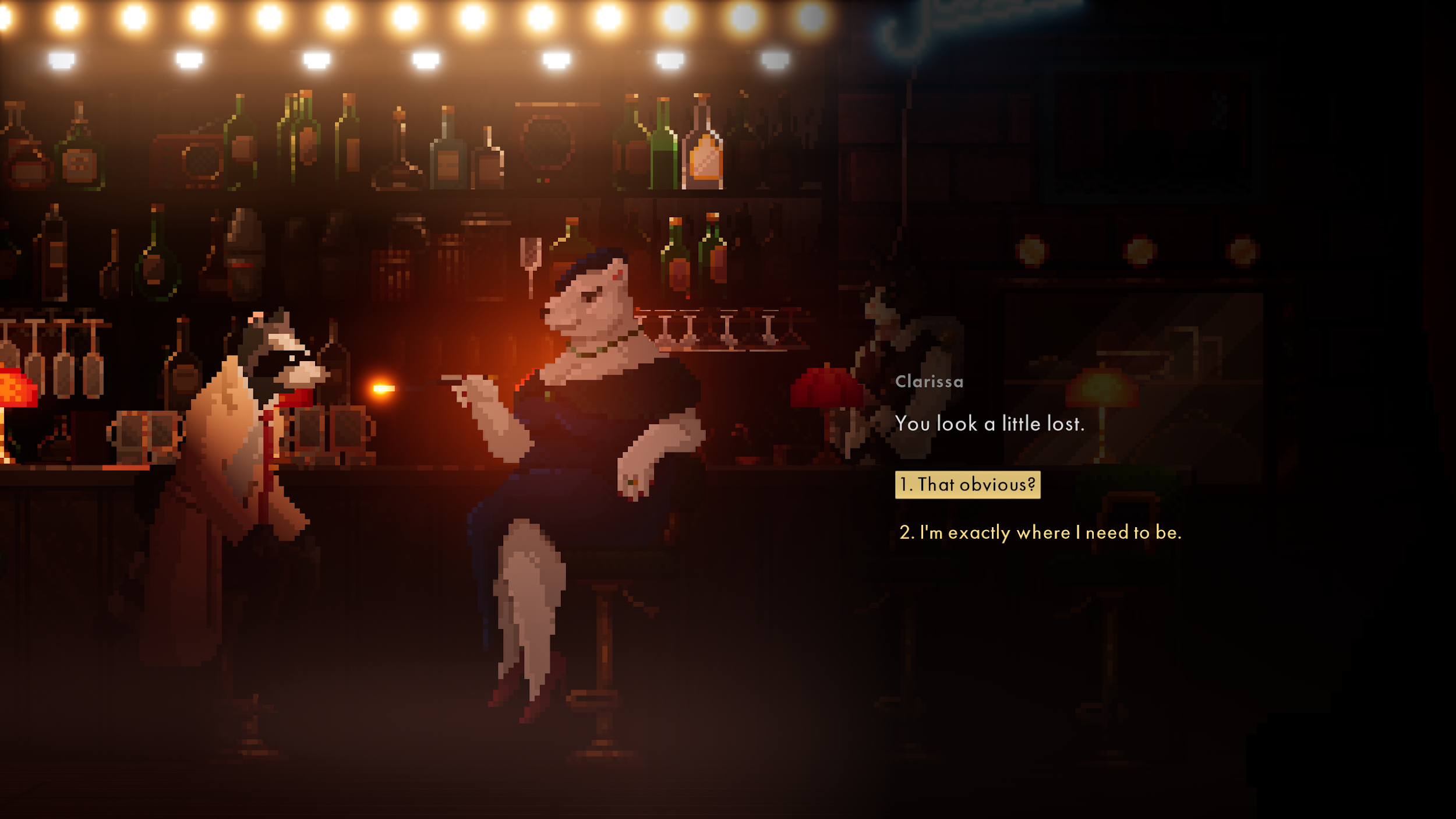 A.W.: How have you approached story and characterization in Backbone?

D.W.: The short answer is that, the story hinges on a subject close to both their hearts — that of entrenched power structures and the oppression that stems from them.

We have a few different narrative design pillars, some of which are spoilery, but the thing that unifies our approach, the lens we look at everything through, is: what is this character’s velocity? How has their struggle with/in society informed who they are, what they want, and where they’re going?

As for the overall story, we take pains to ensure that the motivation of Howard, our protagonist, is highly believable and logical. That is not to say it’s predictable. We try hard to ensure that Howard and the player’s motivations align — and though the story may be surprising, it should feel somewhat inevitable. We want to tell a story that is powerful and unapologetic — the kind of story that only our game and our team can tell. It may not always be pretty, but it will feel authentic.

We also agonised for a long time over the ending. Many games — indeed, media in general — forget that a bad ending can tarnish everything that led up to it. A great ending must not trick the player; it must irrevocably alter their perspective, and show them what effect their actions have — or have not — had on the world around them. And it must offer both closure and a glimpse into the future — what great work is yet to be done? 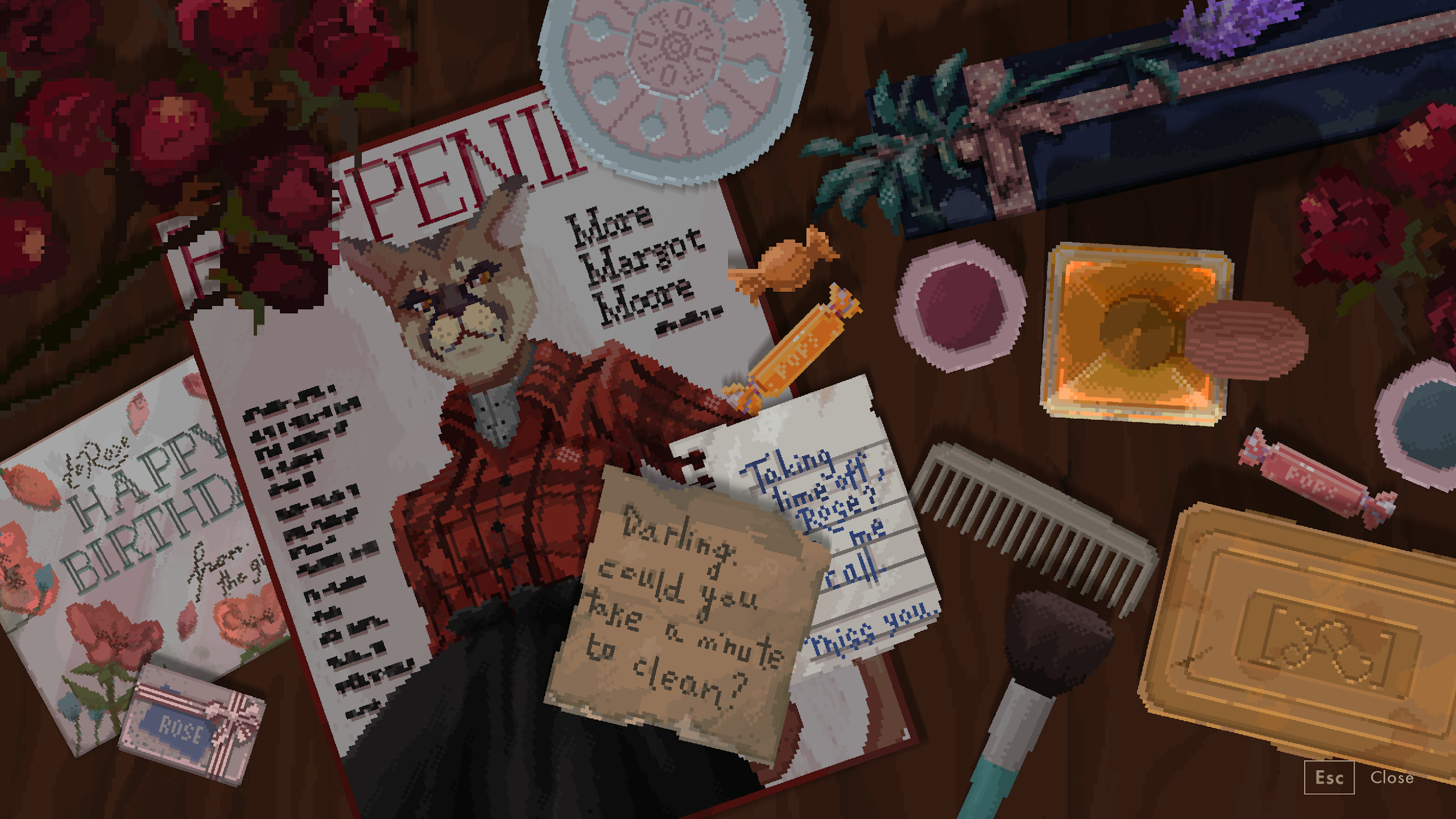 A.W.: What about worldbuilding and lore?

D.W.: As above, mostly. Worldbuilding and lore crafting are often asked and debated questions, and rightly so. In some genres of game, such as open world RPGs, or fantasy/sci-fi settings, worldbuilding is more important as you do not have the schemas of ‘the real world’ to fall back on. [But] we’re telling a story that, although is obviously not realistic, still functions on realistic rules. The setting is an authentic (but again, not slavishly realistic) version of Vancouver. Our lore is political, and socio-economical. Our lore is the recent history of character relationships and class struggle.

To put it another way — we want this game to create compelling lore for the franchise. But of course, there are secrets to our universe to be uncovered as you play, some of which may have obliquely set events of the game in motion.

D.W.: It’s an iterative process. We find our artists function best when they have some narrative guidance, but we’re lucky enough that they’re so incredible, their designs often then influence how we think about that character’s tone of voice or motivation. So of course there needs to be a critical mass of narrative before art is started, but as much as possible we intertwine the two — this helps create a virtuous cycle and hopefully cements the cohesiveness of our storytelling.

It also leads to some unexpected eureka moments, which is always refreshing!